This week I was followed on Twitter by a young, zealous guy, smart, techy…and nineteen. So, I followed him back. He suggested that while I was at it, I should hop on over and visit his new site. He’s a cutie and I had an extra minute while waiting in line, so I hopped on over. There I found a blog site that was so identical to a leader in the industry that I was totally taken aback. My face scrunched up and my whole body pulled away, as if I could distance myself from the phone in my hand. Yikes. 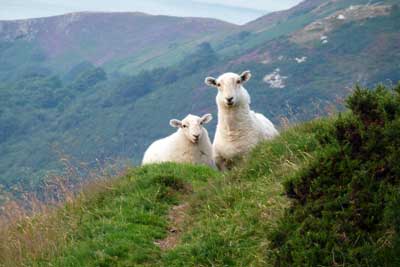 When I retweeted him with mention of “the striking similarity,” he smiled big and took it as a huge compliment. He tweeted back to say so.

“Well, honey biscuit,” as my friend Daisy would say, “that isn’t exactly what I was going for.” What I want to say without taking the wind right out of your budding sails is that I was hoping to see something fresh and original. Yes, you are well read. That’s good; very good. Yes, I’m guessing you attended Mr. Savvy’s Leader University Conference and purchased his blog theme package and Lead with Confidence Podcast/CD bundled at an amazingly low start up cost of just $199. It’s a great place to start, but you’re wearing another guy’s outfit, Mini Me.

We all have our hero’s (and many of us have shoveled our hard-earned, star-gazed money right into their pockets) and many of us who are a decade or two older still aren’t sure that we have anything new or unique to say. I get it. “It” requires living, listening to your leaders, but also to your own voice, feeling your own rhythm, finding your own groove.

That being said, I give you my mega-phoned “Hoo-rah” for choosing a quick and easy pre-made format. Think of the time you’ll save (!) which leaves you a good chunk of time to go out to discover, adventure, make big mess and fail a time or too. Your success depends on it. Demands it! Your tribe will too.

We are interested in your nineteen-year-old self and your views. I, for one, will be watching for your signature to form. I want to learn from you; I’ve already read those other guys.